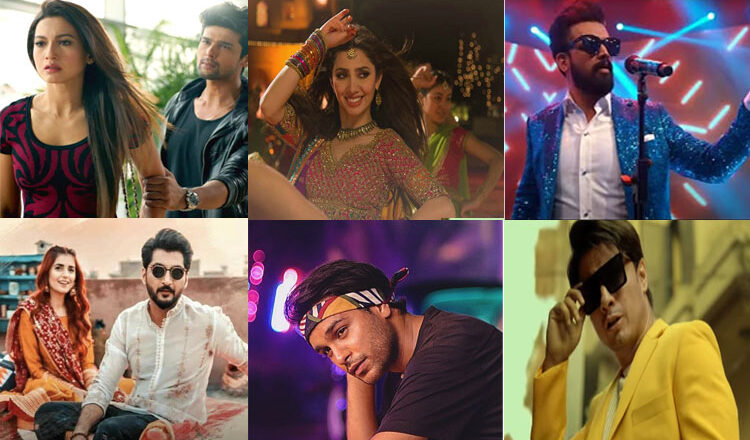 Pakistani songs have been famous even when there was no application like YouTube available. Singers from all around the world have been admiring Pakistani songs because of their lyrics, composition and great voices. In today’s advanced world, everything is available on YouTube. From a web series from France to a meme video from Canada. It is a vast platform that covers the globe. The vast medium has given a great advantage to Pakistani music industry as people from all parts of the world can now hear Pakistani songs and enjoy them. This huge fan base has given Pakistani music videos a larger audience on YouTube. However, it has also given birth to a competition among singers. All composers and singers work day and night so that they can produce something that is loved by the audience and gain as many views on YouTube as possible. Some of the top viewed Pakistani songs are listed below.

Zaroori Tha by Rahat Fateh Ali Khan has become the most viewed Pakistani music video. It is the first original signal of any singer to gain 1.1 billion views on YouTube. The music video is about an unfinished love story and the pain of lovers. The soft beats of the song makes anyone fall in love with music. The lyrics of the songs are however more appreciated. Moreover, the soothing and professional voice of  Rahat Fateh Ali Khan gave this song more popularity.

The recreation of the popular qawwali , Tajdar-e-Haram, by Atif Aslam was an instant famous not only in Pakistan but around the globe. The production of Coke Studio, this qawali gained more attention than expected. Coke Studio, well known for composing soothing music didn’t disappoint its fans and blessed their ears with this recreation of old qawali sung by  Sabri Brothers. Featuring the voice of Atif Aslam, people were automatically drawn towards this qawali.   It managed to get 139 million views on YouTube.

Uchiyaan Dewaran, also known as Baari is the latest release of a young and talented Pakistani Female singer Momna Mustehsin. This song is a duet that features Bilal Saeed along with Momna Mustehsin. This song is a love tale of two young people, apparently featuring Momna Mustehsin and Bilal Saeed themselves. It talks about having high walls created by a heart broken girl to prevent herself from loving again, yet she falls in love again. The young singers are giving major Old Lahore videos in their video, making it an aesthetic direction. The ancient vibes of Lahore and undeniably perfect outfits makes this video a charm to watch.  This music video managed to gain more than 117 million views on YouTube making it among most watched YouTube videos.

A song from the feature film “ Bin Roye”, Shakar Wandan Rey is among the most viewed songs on YouTube. This song, as soon as it was released, gained an unexplainable popularity. People all around the country were dancing on the catchy beats of this song. The video of this song featured many famous stars, giving it another reason to be a hit. Shakar Wandan Re got 41 Million views on YouTube in no time.

Terah Woh Piyar is another hit song by Coke Studio that gained instant popularity. Featuring young and talented singers, Momna Mustehsin and Asim Azher, this song was an instant hit. Having a lot of fan following of both these singers and Coke Studio itself, this song was not only loved in Pakistan but also in India and other foreign countries.  This is a love song with soft beats. Moreover, the melodious voices of both singers make people fall in love with this amazing composition. The song got 41 million views on YouTube.

Allay is a traditional Sindhi song featuring Ali Zafar and Urooj Fatima. This song also features a young rapper named Abid Brohi. After a famous “ Laila O Laila”, Ali Zafar created yet another treat to ears. This song has a traditional Sindhi language used along with props. Well aware of the new world, the basic tone is remodeled to match the taste of the current generation, making this song gain much more attention.  The visuals of the song are also worth mentioning. They have used the visuals to depict the rich and vast culture of Sindh. Thanks to this music video, many people now know the beauty Sindh holds. Due to its vast cultural elements and young talent, this video gained 26 Million views on YouTube.

Originally sung by Shaukat Ali, Atif Aslam recreates this old folk with a high beat tone and modern touch. This song has unquestionably become one of the most famous head banging songs of Pakistani music industry.    The upbeat tone of this soundtrack makes it a popular choice of everyone. Atif Aslam released this thrilling track on Velo Sound station. This song gained instant attention from the audience mainly because of the catchy beats of this song. Moreover, Atif Aslam has a heart fan following not only in Pakistan but other parts of the world. This helped this song gain more popularity and more views on YouTube. This popular song managed to gain more than 17 million views on YouTube.

The song by Ali Zafar was an instant hit. It gained more than 2.6 million views within a day. This song was famous even before it was released as Ali Zafar engaged a number of audiences while preparing it. People were asked to send their own videos. This made people wait impatiently for the song and made it a quick success soon after it was released.  This song was written, shot and released within the span of 6 days. This quick release deserved more attention than usual. Released on high fan demand, Mela loot liya has a hint of passion, enthusiasm and patriotism. The biggest attention of this video is having hundreds of fans within a frame and vibrant frame. The uplifting pop beat is also worth mentioning. This famous video gained 11 million views on YouTube.

A young singer from Karachi, Asim Azher, is a talented star who gained popularity around the world as a small time spam. He is now considered among the most successful young singers in Pakistan. He recently released his new song Tum Tum that gained  instant popularity. Having a strong fan following, his song managed to gain hype in social media within a few days and made it among top viewed videos on YouTube. This music video features other famous singers such as Shamoom Ismael, Talha Anjum, Talha Younus, Rammis and Asim Azher himself. The music video also had young artists Areeka Haq and Hania Amir. This video gained more than 10 million views on YouTube.