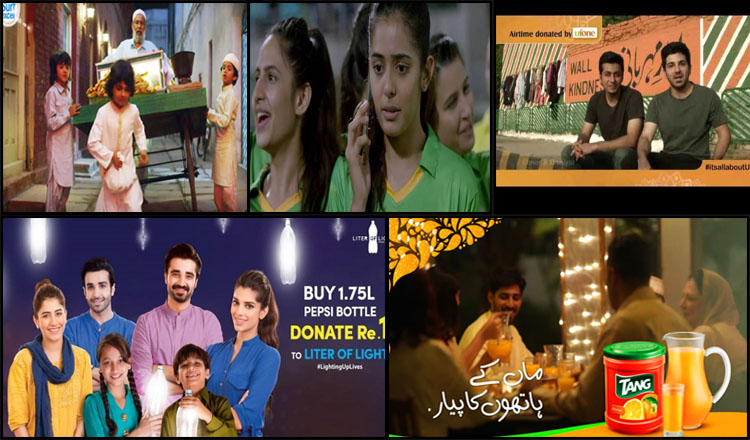 No doubt, festive communication project and development has become a successful industry in Pakistan for which encouraging story line are the most adorned choices. In fact, things are getting change rapidly. Successful marketing is considered these days to be about a good conversation with clients, rather than an argument. It would not be wrong to say that majority of the ideas are now mini-films because of a strong and encouraging player in the online marketing game. Some of the most strong and memorable Ramadan campaigns for 2016 are below:

Undoubtedly, surf excel Ramadan TVC wins millions of hearts this year. Surf Excel followed Shan Food’s last year advertisement and made something truly inspirational. Taking up an exceptionally daily routine topic based on ethics, that everybody can comprehend, the advertisement pulls at our heart strings; with the purity of a love-able kid, the try to earn a deed and leaving a message that reverberates with the soul of Ramadan and humankind. The advertisement flourishes with the unassuming idea of helping the ones in need, with the jingle “Madad Ek Ibadat” being played at the back to support the idea.

This ad is the best mixture of old traditions and modernity.  Keeping to their Ramazan subject, Q Mobile’s message is related to a passionate young girl father story of cricket lunatic Sara and Mr. Iqbal, a conservative father, who just wanted to see her daughter at home. Sara wants to be a cricketer and keep on struggling with the support of her mother. Mr. Iqbal is a respectable man and adoring father, at last withdraws from his stance and admits the modern change by praising his girl her first success. The music “Nanhisiaik kali thimeri…” will fill your eyes with tears. It likewise fortifies the thought i.e. modern world and modern ways of life.

“Liter or Light” crusade was, indeed, released in 2015 by PepsiCo Pakistan, which turned out to be an extraordinary achievement and facilitates a great number of lives in Pakistan by helping up their towns especially during sehar and iftaar. This Ramazan campaign is again fortified with the same honorable cause by support of VIPs like Hamza Ali Abbasi and music maestro Abida Parveen. Her soul motivational song “Noor-e-Azal” will touch your heart.

Copied an Iranian idea of Deewar-e-Meharbani, this Ramazan Ufone advertises the activity of two youthful folks of Peshawar to spread graciousness within the community through building up Wall of Kindness. There is a progression of TVCs engaging individuals to work voluntarily because charity does not mean to give money to someone, but it can also be in the form of edible items. In this way, you will not only help the needy individuals but can also earn reward for the world here after.

“TANG” world’s most favorite powdered drink that is now available in 5 fruity flavors in Pakistan. Tang TVC proceeded with the effective motivational messages throughout the month of Ramadan. It is about sharing and advancing something positive through solid mother-kids unequivocal adoration and affection.

4 Keys that Works in Any Health and Fitness Program

Wimbes - 4 Keys that Works in Any Health and Fitness Program

Boobes - 4 Keys that Works in Any Health and Fitness Program

Tedbes - 4 Keys that Works in Any Health and Fitness Program