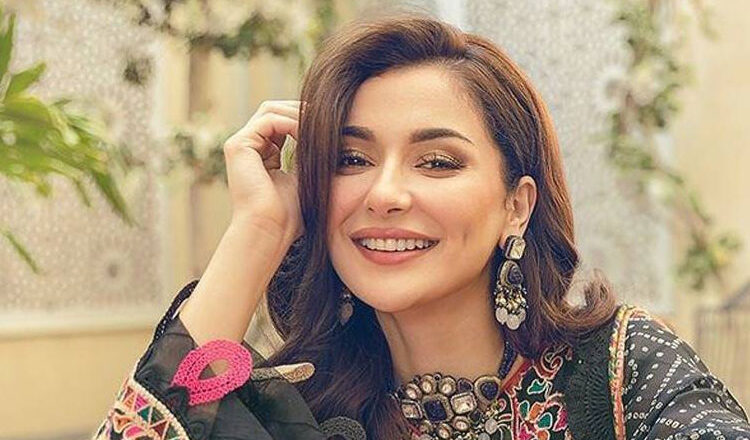 Hania Amir is a very well-recognized actress in the Pakistani entertainment world. She has a huge fan following and a position in the top league in a very limited period of time. She is a beautiful actress and model and works in movies and drama that collects affection and love from everyone. The Pakistani actress, model,  and singer Hania Amir is fantastic and popular. She currently works in movies and the Lollywood drama series of Urdu Language. Her glamour and shocking performance skills in each film or cinema are widely known. She became Pakistan’s brilliant and most paid performer and model.

Hania Amir was born in Rawalpindi, Punjab, on 12 February 1997. Hani Amir’s current age is 23 in 2021. She is a Pakistani performer who is identified for her roles in Pakistan’s T.V and film industries. Hania Amir studied at the FAST.  Hania Amir took a few dubsmash video records and posted them on the online platform thereafter. These videos received producer Imran Kazmi’s admiration and observation. Hania Amir is about 5′′feet 4′′, or 163 cm tall. She is considered to be a fashion designer but in a question and answer session, she clarified that she has nothing to do with the occupation, and it’s a fake news story. Hania never shared a photo with her dad, but she exchanged a few photos with her mother. Easha Amir, Hania’s sister, has become a blogger and is running her own Instagram.

The cute Dimple girl got significant attention from everyone from her very first Janaan project. All through advertising displays, people adore the chatterbox. Afterward, Hania Amir began performing dramatically. In Na Maloom Afraad 2, Hania Amir again emerged, and it was a big success. Hania Amir then popped up and played the central character in the film Parwaaz Hai Junoon. Anaa was a box office hit of Hania Amir’s plays, her two dramas Ishqiya and Dil Ruba recently finished, both of which hit a perfect super duper. In addition to movies and television, a series of television commercials featured Hania Amir such as Garnier and Mobilink. She is involved in concerts and live performances as well.  The 23-year-old actress has been wave-growing over her age.

Hania Amir also ended up going to dramas. In only one year of her career, she did some ventures. She performed two dramas and played incredibly different roles in both of them. Titli was her first play, which was broadcast on Urdu 1. In Titli, she was an unkind and egoistic girl. Phir Wohi Mohabbat was the other, she did on HUM TV. She played a girl in discomfort in this drama. She has always been distinguished by her wonderful depictions in every drama she does. Following is given a list of a few of her drama serials that gained exceptional appreciation.

If a drama is very famous not just for Hania Amir, but also for Naimal Khawar as well as Usman Mukhtar, it’s Anna. Anaa is today’s best drama of Hania with the extraordinary views, the wonderful backdrop, lovely faces and the wonderful plot. Hania not only outstruck herself, but Naimal, Shehzad, and Usman also brought existence to the TV series. The narrative of a girl who goes up and down but discovers her way through everything will keep you crocheted.

Titli could perhaps appear troublesome through the narrative, but it certainly has a distinctive narrative structure. Furthermore, it is originally established on a real story, so this is something which happened in real life, accept or reject. Titli is the tale of a gorgeous young Nayla who is narcissistic for her gorgeousness. She loves a cousin who is engaged to her younger sister. She thereby gets married to a rich man with vengeance and eventually tortures him and his parents. So the journey began about self, love, hate, affair, vengeance and  domestic relationships.

Visal is without a hesitation one of Pakistan’s most famous and ARY Digital dramas in particular. It’s the tragedy of a young girl confined and slandered because of jealousy of her friend. Life takes a reversal and one incident occurs to the two friends after the other. The tale is somewhat complicated and complex, but certainly fascinating. The most important part of this serial is to act. Everyone has flawlessly given the hats of their roles from Hania Amir to Zahid Ahmed and Saboor Aly. It’s a pleasure to see.

Only through the Social Media’s power did Hania Amir enter the industry. She had no recognized industry connections, and neither of them had tried too many roles at different building houses. Her Dubsmash recordings were previously transferred via web-based social networks. Imran Kazmi, the Jannan maker, has seen and managed to reach her from that day forward. Hania did not think the offer was essential at first, and thought it was a little task.

Everyone loved her work at Palwasha in Janaan. The group of viewers found her response to be more persuasive and appreciated than Armeena Rana Khan, the leading character on the screen. Janaan was a hit in films that made the way clear for Hania to play a significant role as well. After that Hania packed off many companies. Hania started her film career. Next to this, she scored two important successors named Na Maloom Afraad 2 and Parwaaz Hai Junoon. Na Maloom Afraad 2 is Na Maloom’s direct consequence, which was also a success.

A list of movies done by Hania Amir is given below.

In 2020, she was named in Pakistan International Screen Awards as the best television actress for her contribution in Anaa drama. In 2020, in her film Parde Mein Rehne Do by Hum Style Awards, she was nominated for the most classy actress.