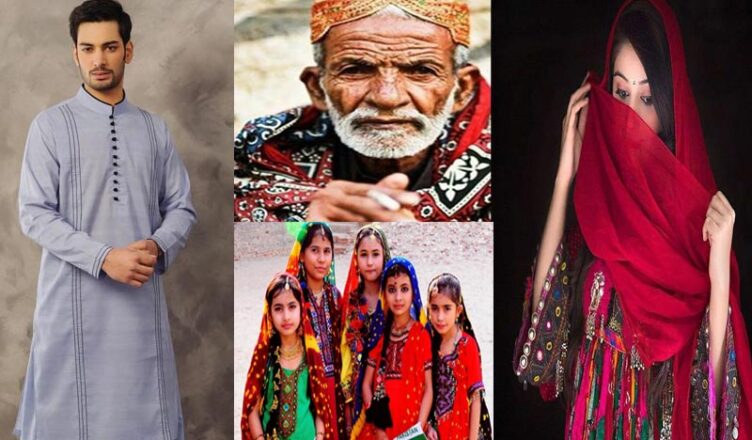 Culture is a way of living of people of any specific region where they adopt and accept the beliefs, norms, and etiquettes despite that they like it or not. It is the objective of a country that represents a country’s values, behaviors, lifestyle, way of communication, etc. Culture is much more important than the economy of a country because culture provides a language that is a source of communication between the countries so it can be said that culture leads to a better economy. Without culture, the world has no taste as it provides styles, colors, and expressions.

Pakistan has a wide variety of cultural aspects including religion, languages, dresses, food, and festivals. Based on religion, 97% of the population in Pakistan is Muslim. Therefore, Islam is practiced in most of the region of the country. As far as language is concerned, there are many provincial languages spoken in different provinces according to their area but our mother tongue is Urdu. Pakistanis by their nature are very welcoming regardless of the city or district. They make their guests happy by making traditional foods that will surely include chicken, beef, mutton, lamb, and fish. This country is also famous for its rich art and crafts. Don’t forget about the dresses, men in shalwar kameez with waistcoat and women also in shalwar kameez with dupatta, because these are the things which represent our country and its dignity.

Despite that Pakistan has very diversity in cultural aspects, the question here arises that “Why are Pakistanis leaving their norms and are adopting western culture?” Most of all, there is this typical thinking that our religion and culture are very old and backward, on the other hand, western culture seems to catch all the attention of our youth because of high-class technologies, popularity, and independence. This looks like an inspiration to our young generation but they are not aware of the fact that ‘All that glitter is not gold’. There are more negative impacts on our society than positive.

This specific trait refers to change in the beliefs and norms of our own and thinking that the cultural values of the colonizers are better than ours. This colonization is the change of thoughts and habits with the help of social systems. British colonial is the one major factor for colonization of mind and being Pakistani we’re blindly obeying them not even considering the danger in it.

As far as this word is concerned, it should have a very good impact on Pakistan as it enables it to interact and communicate with the western world. But as it is said by Hippocrates that ‘everything in excess is opposed to nature’, as high as globalization grows it becomes poison for our nation. Because all of the western food, products, media invading into our society. Let’s take an example of our family system. In our country, there’s a tradition of living together sharing your moments but this is now overcome by the western culture which is ‘individuality’. Our youth is now more into independence which is leading to psychological issues, divorces, and depression. On the other hand, Pakistanis are also traveling abroad settling ourselves in western countries and serving them affecting Pakistan’s culture and economy.

How can we forget about our social system which is the key to all the negative impacts we are facing nowadays. Media including TV, Instagram, Facebook, Twitter, and all other applications represents the western world in a way that it seems so right to follow them and to inhabit them. People are following their leading actors, dressing like them in the same western attires and accessories. And right here is another loophole of our country that we are happily and willingly trading all this stuff from the western countries sinking our cultural norms.

Culture, to be truly said, is recognition of a country. It is our moral our support when the world is considered. Forgetting it is like forgetting your own country. By following others we are losing our own beliefs and customs and we don’t even know the risk in doing that.

“He that apes another will never be himself”