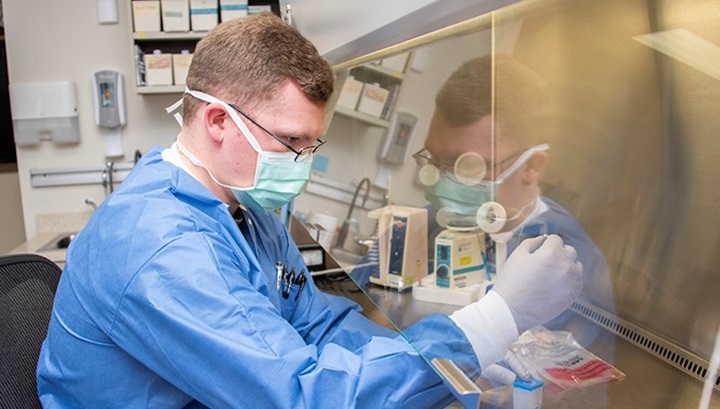 Corona virus, the breakthrough of 20th century, happened to be deadly virus initially in the year 2020 but remain severely health risking as the year proceeds. This minor reduction of risk appears to be due to the advantage of medicines and drugs for the treatment of symptoms mainly, as the drug for corona virus is still not advised. Because of this concern, corona virus becomes a pandemic in the whole world, affecting each and every continent. The most suggested advice during this lockdown corona period was ‘Self Care’ which could be done by keeping a healthy life style.

Another most amazing and powerful approach is vaccine production. This approach, despite being expensive proves to be very effective and safe. Vaccines are meant to save lives and to protect communities from such outbreaks. Due to the increment in the number of corona cases worldwide, the race for the production of covid-19 vaccine between super powers is moving at full speed. Internationally, over 100 of vaccines are in preclinical trials by many pharmaceutical companies out of which only 9 of them have been proceed to human clinical trials. In the most recent studies the World Health Organization (WHO) acknowledged that 21 vaccine candidates, globally, are in clinical trials and almost most of it involves Chinese companies.

USA being the powerful entity calls for many vaccine candidates, among which first trial was developed by Moderna Incorporation. This Inc. goes for mRNA vaccine instead of going for traditional vaccines. This vaccine qualifies for phase 3 trial successfully. Another phase 2 protein sub-unit vaccine was developed by Novavax which uses nanoparticle technology to generate antigens from proteins and is anticipated for preliminary examination. Johnson & Johnson, yet another famous USA company, participate as a candidate and originate an adenovirus vaccine which launched phase 1/2 trial in July.

China is among the leading competitors in the race of corona virus vaccine manufacturing. The Casino Biologics utilizes a harmless non-replicating virus to transmit the antigen into the body, producing viral vector vaccine which has now shown positive strong immune responses. The other two institutes of china including Wuhan & Beijing institute of biological products are working on an inactivated vaccine which is in late-clinical trial stage. Another inactivated vaccine up for phase 3 trial was developed by biotech firm Sinovac and the trial is to be run in Brazil shortly.

The University of Oxford stands up as the vaccine candidate in April, developing the viral vector vaccine which in phase 2 clinical trials tested on more than 10,000 people across UK and now also in Brazil and South Africa. Imperial College (UK) utilizes another exciting technology i.e. Self-Amplifying RNA technology (SARNA) and develops SARNA vaccine which is now in phase 1/2 clinical trial.

Several vaccines are under trials in Australia. One of them is the protein based covid-19 vaccine developed by Clover Biopharmaceuticals which is now prepared for its phase one clinical trial. A protein subunit vaccine was also launched by Vaxine that helps in boosting of immune cells. The company Novavax, which is US based also start its trials in Australia.

Some other world powers are also in this race including Japan with its unique DNA based vaccine developed by Anges and is in phase 1/2 trial. Not forgetting India, whose Bharat Biotech company is one of the leading company of the country and participates in this race with its inactivated vaccine called Covaxin which is in early phase trials. Zydus Cadlia, another Indian company, announces a phase 1/2 trial inactivated vaccine in the race with Bharat Biotech. An additional effort of Canada cannot be ignored. Medicago launches early phase trial plant based covid-19 vaccine by using species of tobacco.

This whole vaccine production procedure takes a very long time and is unpredictable too as it is viewed by Floret’s “I am not that sure it is very realistic (to say) a vaccine will be there by autumn – we have to temper such enthusiasm”. But as the race continues, it was believed that someone will definitely surpass all the others and on 11 August that someone happens to be RUSSIA.

Russia is one of the major powers of the world and it won the global race of covid-19 vaccine. It all started in mid-June just like the other countries. Gamaleya Research Institute of Russia initiates the phase 1 clinical trial of non-replicating viral vector vaccine. The president of Russia has made it the top priority since the start of the pandemic period and results are now in front of everyone. Although, the phase 3 trials of vaccine had yet to be completed but Putin announces that Russian regulator approved a covid-19 vaccine. The effectiveness of this vaccine was tested on president’s daughter; at first body temperature rose but then returned back to normal and produce sufficient amount of antibodies in the blood proving its effectiveness.

All the super powers worldwide, invested their billions of dollars to develop the corona virus vaccine. Russia outshines among them, still not all other are satisfied with it. Some even not declare the vaccine produced by Russia as safe and effective. Peter Hotez, from Houston, worries that, “the Russians may be skipping such measures and steps, is what worries our community of vaccine scientists. It they get it wrong, it could undermine the entire global enterprise.” Hence this race for the vaccine is never ending race because of the fear issues that the entire world had faced in this pandemic and lockdown. Some have lose hope but some are still enthusiastic to do something new.