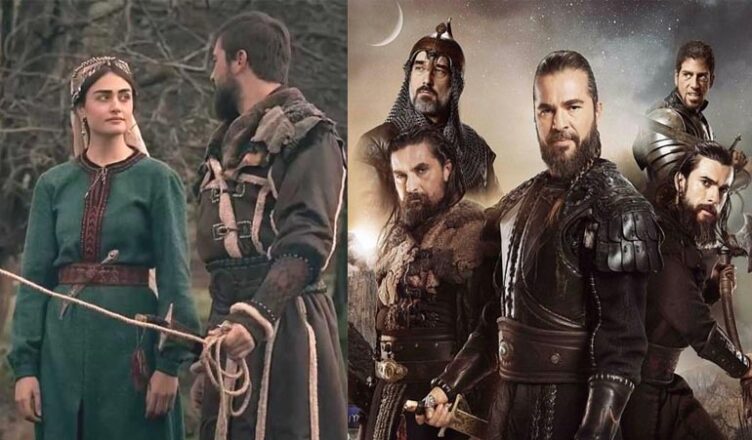 A Turkish history, a portrayal of Islamic values and believes, the struggle of Muslims against Mongols, Byzantines, Christians, and Knight Templar Crusaders in Anatolia to build their ottoman empire, Dirilis Ertugrul, is a season which is full of sword fights and a Muslims battles for their rights.

This thrilled and adventurous show is based on the stories of the Muslim Oghuz Turks of the 12th century. This unimaginable popular show, Dirilis Ertugrul, has been supported by the different Muslim govt. in their states, is to counter the rising problem of Islamophobia and the misconceptions about the Muslims and Islam in the English channels.

From the politicians to the common man every other person of the state is very much addicted to this religious and historical drama. On the demand of prime minister, this drama has been on-aired on the state channel.

Each episode of the show is delivering the lessons of spiritual and life both through the discussions on moral dilemmas of characters and their solutions. The use of Islamic scholars and alims to guide them in resolving their matters in the light of the Quran and hadith. These teachers and scholars appear in the scenes when the protagonists’ lives in danger or they are going through some difficulties to guide them on the right path according to the Quran and hadith, mostly from the incidents of Prophet’s life.

The faith in Allah of characters in the drama is so captivating. They conquered those land with their courage and sir-pass those conditions with their prayers which seems so impossible.

The most basic lessons of this season are, the struggle towards the establishment of justice, right and protection of innocents, fear of God, and trust in him in the most difficult situations of life. Their popular quote before the start of any battle, “the struggle is ours but the victory is of Allah’s”, gives the goosebumps to the audience.

Promote Islamic Culture: This drama is a perfect portrayal of strong faith in Allah. It shared the most basic values of Islam through their characters, scenes, and the situations going on in the drama. To promote the culture and values of Islam and to counter the narrative of Islamophobia, prime minister Imran Khan issued special instruction to the state channel to broadcast the season in the Urdu language. Prime minister said, “Over here, we go to Hollywood than Bollywood and back again – third-hand culture gets promoted this way.” In one of his meetings of the United Nations General Assembly with Erdogan and Former Malaysian Prime Minister Mahathir Mohamadroduce, he proposed the idea of launching a channel in which they broadcast the content to counter the false narrative of Islam in the western world. He tweeted that, “ Misperceptions which bring people together against Muslims should be corrected; issues of blasphemy should be properly contextualized; films would be produced about Muslim history to educate our people and the world; Muslims should be given a dedicated media presence.”

Women of Ertugrul are not an Easy Target as well

The characters of women in the drama are not less than a man. They are shown courageous yet powerful just like their men. It is written in one of the articles on the internet that Powerful and willful, the ladies of Dirilis: Ertugrul are very different to the weeping females we see in Pakistani and Indian dramas but neither do they live up to the Game of Thrones analogy used to describe this show, which is very true. These women are so different from the stereotypical Muslim women character hidden in harems, or so much dependent on men.

These women of tribes made the carpets for earning to support their men. And whenever they go for battles these courageous and brave women protect their homes and kids from enemies, whoever tried to attack their tribe in the absence of their soldier. They fight with swords and daggers, they know how to give a powerful punch and how and where to give a kick.

Even in those difficult and conservative time, they are allowed to travel alone, however, they are not allowed to rule the tribe without men. For this, they must have to get married.

Flaws of the season

Though this drama is full of Islamic values and culture, some points are so argumentative. Islam is a religion of forgiving and tolerance. Our Prophet (P.B.U.H) is the best example of forgiveness. He forgives those people who made a laugh of him and throws stones and garbage on him. However, this drama focuses on vindictive justice. Consulting with the wives is also the Sunnah of our prophet (P.B.U.H) but the writer of drama didn’t consider this. Despite making the characters of women of the season independently strong.

Apart from these flaws and weaknesses, Dirilis Ertugrul is a powerful yet entertaining play. It teaches good and bad things and makes faith strong on Allah. This play shows how we can survive through difficult times with the help of prayers and recitations of surahs.