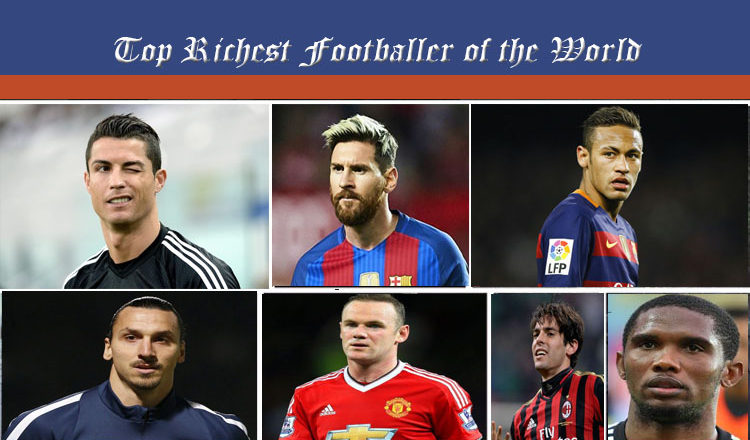 There are more than 3.5 billion football fans all across the globe. For few, football is nothing more than a game but for some fans, it’s a passion or a religion. No doubt, football players who are playing on international level not only earning fame, but a huge amount of money as well. All of them are competitive enough because of their passionate nature towards their game. England, Germany, Spain, France and Italy are considered as being the excellent league on this planet. Below, we will talk about the football players who are earning quite well in their field.

Ronaldo, a name that always rocks in the football ground. In 2014, he features in the Forbes list with approximate earnings of $80 million that he earned between 2013- 14. Ronaldo is the captain of Portugal national team and the most expensive football player of the world. He also makes good amount of money by endorsing different world famous brands like Nike, Motorola and Tag Heuer.

Lionel Messin is a legend in the world of football game. He has his fans from different parts of the world because of his thrill and passion towards his game. He plays for Argentina national team and FC Barcelona. He is the first football player in the history who win four FIFA. Lionel Messi approximate earning of 12 months is $65million. He is also one of the biggest football endorsers of current time.

Neymar is the famous international football player and the captain of Brazil national team. He also played for Spanish club FC Barcelona. In the history of his football game, he did 43 goals in 62 matches for Brazil. He is considered as the most remarkable player in the world of football. The approximate earning of Neyamr in 2014 was $33.6 million. When he moved to Barca, around €57.1 Million was transferred into his account that is the 15th most expensive football transfer in the history. In last five years, Neymar has earned around $74 Million that is a huge amount.

Ibrahimvoic is a Swedish professional football player who is also the captain of his national team. He also played for French club Paris Saint-Germain. In 2006, his earning was recorded near €24.8 Million that is a good amount.

Wayne Rooney is another famous English football player and the captain of English national team and the Manchester Uniter Club. He is well-renowned for his energetic playing style. He also earn good amount of money by endorsing brands like Chevrolet. In 2014, he moved to Manchester United for £25.6 Million.

This football player plays for Sampdoria. He is the best striker and most successful African player in the history of football. He is the highest paid player all around the world, who earned really well with Anzhi Makhachkala. The amount was around $25Million after the deduction of taxes.

Raul is also an international Spanish football player who is famous for his beautiful strikes. He was the Real Madrid for almost 16 years. He almost scored 323 goals.