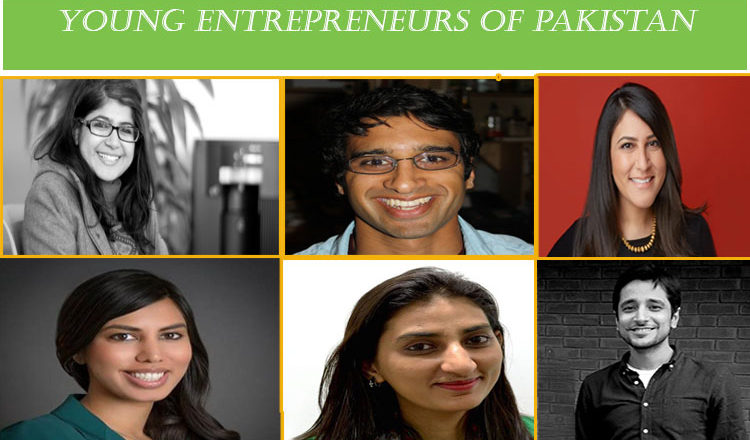 Pakistan is the country where you will find a lot of talent more than you ever expect. In fact, it would not be wrong to say that Pakistan is the land of young entrepreneurs. There are various best Pakistani leaders who have managed to achieve their goals in a very young age. In short, most of them have faced a lot of hurdles and problems in their way but never give up. The best thing about these entrepreneurs is that the list is mostly filled with females. Let’s have a look at those bright stars of our nation below.

Khalida had seen the honor killing of one of her close friends who decided to marry her own choice by leaving the family. She was just 16 years old that time, when she experienced that incident. However, that brutality forced her to take an initiative in the form of a Sughar Empowerment Society to support tribal and rural women by giving them opportunities to use their skills in a better way. Her mission is to provide the leadership skills to such helpless ladies to live a respectful life, instead of relying on others. No doubt, an independent and respectful life is the right of every lady.

Amir is the Co-founder of Supergiant Games that has won several awards at multinational competitions since 2011. He is also the co-creator of the action role-playing video game name Bastion quite popular worldwide. Almost 2.2 million copies of this video game have been sold till now. Amir was also featured by Forbes in 2014 as one of the young entrepreneur and professional.

Noorain Khan is a SOROS Fellow at Yale Law School as well as specialized in M&A, Corporate Governance and funds practice at Fords Foundation. In 2015, she joined Ford. However, before she was CEO and Co-founder of Teach for all that is an independent social enterprise whose motive is to offer educational opportunities in their countries. She also travelled abroad in order to talk to US State Department about Islam in this U.S Former Stints.

Nabiha is 28 years old and known as one of the top-class free speech lawyer. She is the part of representing a team of Guardian U.S in their national security reporting. If we talk about her career, then she achieved this position after a lot of hard work. She did her doctorate of Law from Yale and attended University of Oxford as a Marshall Scholar.  She was also awarded with Second Decade Society Prize at John-Hopkins University. She is also the Co-founder at Drone U. Basically, Drone U is an educational podium whose responsibility is to explain drone integration to civilian airspace.

Sidra is the Co-founder of a Pakistani shoe selling company Markhor. The company offers employment opportunities to people living in rural areas who are talented, but don’t have jobs due to lack of resources. The company gives job to talented individuals and they make shoes that are used to sell on an international level. In fact, last year Markhor selling rate increased up to $107,000 that is a huge success.

Adnan Butt completed his engineering from GhulamIshaq Khan University in the Mvergence Media. He is the founder of Walnut Media and PR Company. Now, he is not only an engineer but a successful entrepreneur as well. He is an inspiration for the people who want to do something. According to Adnan, follow your dreams and do hard work and believe; nothing can stop you from accomplishing your goals. Your passion and dreams can lead you anywhere you want to go.

Gulraiz Khan, another talented entrepreneur of Pakistan has done graduation in Economics from LUMS. He is the founder of Smaovar Coffee and Tea House at Karachi’s port. The main purpose behind the establishment of this café is to prove open spaces for discussion as well as one can enjoy traveling. Gulraiz also got a Shell Tameer Award that made his recognition in the world as the young entrepreneur of Pakistan.