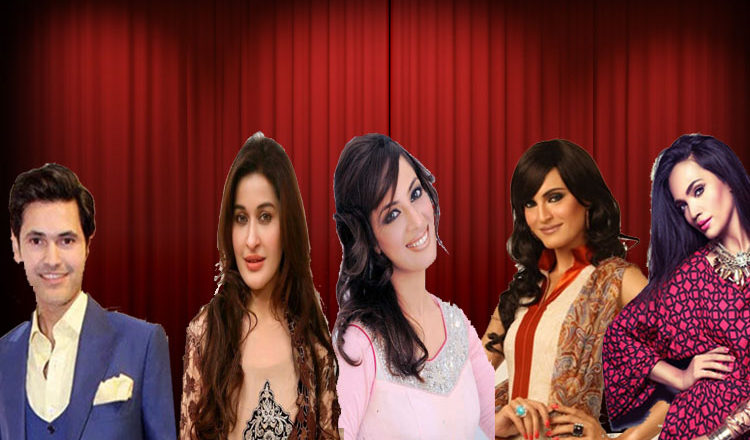 Pakistan is a country where you will find a lot of talented people working successfully in their fields. But, there are few personalities who are not working marvelously in their fields, but also the world renowned celebrities working for Pakistan TV or Film Industry.

Did you ever think about the educational qualification of your favorite TV celebrities? If not, then below we will reveal about the Pakistani celebrities who are doctors in real life, but performing successfully on television and win the hearts of millions of fans.

Nadia Hussain, a renowned model and TV actress of Pakistani industry is a doctor in real life. She has done her early education from Beaconhouse school system and graduated from Fatima Jinnah Dental College. She is a dentist in real life, but doing acting in TV serials and modeling on both national and international level for Pakistan. It would not be wrong to say that Nadia is an awesome lady full of confidence and intellect.

Farah has been doing the morning shows since long and a successful actress of Pakistan Television Industry.  She started her career from PTV and later on joined ATV as the host of a morning show. She has done almost 2500 shows so far and achieved enormous fame. She herself is a doctor in her real life.

Everybody is quite familiar from the name of successful actress, model, host and film star Aamina Sheikh. She is actually a doctor in her real life, but selected acting as her career. She was born in New York City and completed her early education from American International School in Riyadh. Later on, she completed her O and A levels from St. Joseph’s Convent. She is a pharmacist in real life, but also working in Pakistan industry because of her passion and wonderful skills.

Who is not familiar with the name of successful actor, handsome model and plastic surgeon FahadMirza.He has done his MBBS from Dow Medical College and currently working in Liaquat National Hospital. Fahad has started his career as a model in 2007 when he was a student. Recently, he has also worked in few of TV serials and got huge admiration from his fans. He is famous for his debut role in a serial Bari Aapa.

Shaista, a lady full of confidence and thrill. She has done her early education from a school of Karachi. Later on, completed her MBBS in 2000 in the field of Medicine. Shaista is a famous TV shows anchor and known for his amazing speaking skills among her fans.

Addel has done his BDS from Karachi and known for his melodious voice. He is a famous singer, model and actor working for Pakistan Industry since long. His song “Move Your Body Now” for an Indian Movie also got huge applause from his fans. Adeel is not only a successful doctor in his real life, but a wonderful singer, actor and model as well.