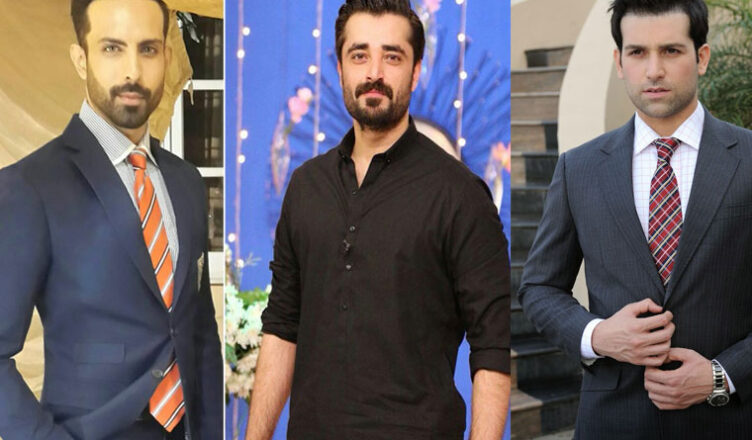 In contemporary world, it would be wrong to say that fashion is just limited to women. Men are also very conscious about their dressing, or we can say personality. Thought, fashion does not mean your apparel or jewelry; in fact, it means to appear dashing and mesmerizing from head to toe. Today, we have been listed out the top Pakistani men model that are very popular among their fans because of their impressive and glamorous looks. These models are not only famous in the audience, but also famous as the heartthrobs of the Pakistani Fashion industry.

Charming personality and intelligence are something that makes Pakistani male models famous all across the world. And, when it comes to charming looks; how we can forget Hamza Ali Abbasi. Though, he is a controversial celebrity always speaking out loud about politicians and current affairs on his official Facebook page. Hamza is basically a model, actor and a known PTI supporter. He gets fame from the movie WAAR, Main Shahid Afridi Hoon, Pyary Afzal and recently, got a huge applause from his fans on his impressive acting in Maan Mayal and film named Jawani Phir Nai Aani. It would not be wrong to say that Hamza is a model and actor who got appealing looks and intelligence by birth.

When it comes to Pakistan fashion industry, we cannot ignore the pleasing looks of Hareb. He is one of the most charming and dashing models of the Pakistan. He has earner fame in a very short time period. He started his career by doing modeling for the famous Pakistani clothing brand Gul Ahmed. Later, he worked for different brands and in various fashion shows all across the globe. He got recognition as a model, when he actually walked on the ramp of Milan.  Recently, he has won the heart of audience in Paris Fashion Show.

Abdullah Ijaz is another prominent figure of Pakistan fashion industry. He looks decent and attractive that made me heartthrob of Pakistan. He worked for different famous Pakistani brands such as, HSY, Gul Ahmed, Faraz Mannan and Bonanza. He has also won various awards for his magnificent modeling skills. Abdullah is not only famous for his modeling, but also popular for his awesome acting skills.

The last but not the least; Shehzad Noor is a famous and high ranked Pakistani model. He has done modeling for different famous brands of Pakistan like Sapphire, Yellow, Stoneage and Outfitters. He is one of the top models who worked for HSY. His admiring personality and modeling skills made him a prominent figure of fashion industry. Shehzad Noor was also the winner of best model of the year in 2013.