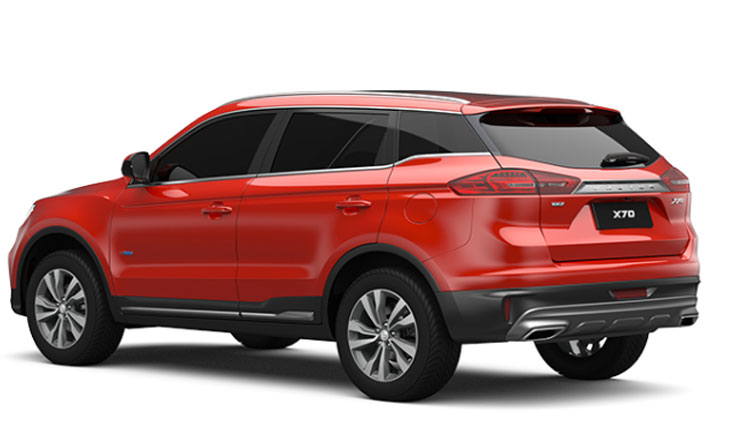 Automobile companies have continually developed and launched new models to retain their image and market value. They are also intended to give consumers diversity. With the introduction of new models of vehicles, the Pakistani automotive market is about to boom in early 2021. Both SUVs and Sedans either joined or entered the market to encourage new buyers with their exceptional designs and specifications to purchase these vehicles. In the car that is available in the local market, consumers have a broad range. This article will include information on the next 6 cars on local streets in Pakistan.

Without a doubt, KIA was Pakistan’s leading automotive player in 2020. With Sportage, the SUV crossover market has been captured and the company plans to introduce other versions. Cerato was spotted in the 4-car convoy of KIA Lucky Motor in Karachi in November last year. The rumors revealed that in 2021 the new sedan will be placed on the market. The new sedan will have a 1600 cc engine according to KIA Pakistan with 6-speed automatic drive.

Also, the adjustable headlight, tilt and telescopic steering wheel, rear trunk light, and automatic double-zone climate control will be installed for the vehicle. The business has also constructed rear seated heat transmission lines, 8-inch touchscreen multimedia, and controls, as well as forward hazard preventing. The firm has however not disclosed the price of the next model.

Hyundai Elantra seems to be the second planned vehicle in 2021. The Hyundai Nishat Motors introduced this truck during the first weeks of 2021 as previous media reports say. The market, governed by Honda Civic and Toyota Corolla, will continue this year. The manufacturers from South Korea have developed various engines according to the demands of the different global markets.  The most popular engine, however, is the 1600cc Natural transmitted, 6-speed manual, or automatic 6-speed transmission engine.

Also, the car will have parking sensors, a rear camera, and power steering systems. The new model features 6 airbags, Hill Start Assist, Electric Stability Control, and Emergency Stop Signals as security features. It has Hyundai Blue link Communication and Ventilated front seats when you come inside. The price of the car ranges from Rs3.6 million to Rs4 million, according to sources.

In Pakistan, Honda City is probably the most awaiting car in modern vehicles in 2021.  Since 2010, Honda Atlas hasn’t launched a new City in Pakistan. It should be recalled that Pakistan was demolished on the foreign market for the 5th generation of the City in 2014. The corporation will announce this new sedan model in 2021, according to sources. This year, the Japanese car manufacturer introduced India’s 7th generation. The Indian car was fitted with a 1500cc engine, 7-speed CVT, and 6-speed manual transmission.

Let us now consider whether in Pakistan Honda will launch sixth or seventh generation. Mixed news is available since some reports suggest Honda will launch its next seventh generation. Purchase data suggest, however, that the company imported from Thailand a sixth-generation CBU unit. The data shows that the country has received a Honda City “GM6,” 1500 cc engine. If the 6th generation is launched by Honda, it means we get the car that was discontinued on world markets last year.

Proton has launched recently in Pakistan its X70 SUV and the firm too will launch its sedan. Reports earlier indicated that Proton SAGA may launch on December 3 or 4, but possibly in 2021, the car will arrive. According to news, CBU units in Pakistan will be sold in the first quarter of next year as local manufacturing of the business begins.

The company will launch the 1298cc 12-speed car with a 5-speed manual or 4-speed Automatic Transmission, as claimed. It seems to have 15-inch Aluminum Rims, hydraulic power steering, LED DRLs, and an eco-disc assist indicator. The car will have Black Tone Body, Power Windows, Comfortable Seats, a 7″ touchscreen, and Steering Wheel Controls on the internal surface. Dual airbags, ABS, EBD, and Seat Belts for each seat will be included in the security functions. The price of this car would, as per our information, be between Rs2,2 million and Rs2,4 million.

The SUV was also scheduled to be launched in December by Toyota Indus Motors (IMC), although the delivery date was postponed. There are no confirmed reports but, during the first half of 2021, SUV is expected to enter the local market. In a PakWheels interview, IMC CEO said that only CBU units for this vehicle will be started by the company.

The car has a 1798 cc engine with automatic CVT transmission as the most important element. Besides, the car contains 7 aviation bags, ABS, Hill Starting Assist, Parking Sensors, and Passenger Seat Indicator. In addition, the SUV has LED flashlights and DRLs handles in body color, electro, and car-fold side view mirror, and Alloy Rims 17-inch. The car will also have a moon roof, crossing power, auto-sensor rear wiper, and sports and ecological operating modes. Within Cross are built-in 8-inch touch screens, leather seats, and rear AC winds. As per the IMC CEO, the prices for the new Corolla Cross will begin at Rs8.5 million.

Proton X70 is a way overdue SUV category car in Pakistan’s future car list. The SUV is a five-seater vehicle. It has a 1500cc motor of 177 hp. and a power of 255Nm. The Proton X70 comes with a seven-speed Auto Dual Clutch Transmission as we talk about the transmission. It has a 1,5L turbo cylinder motor with a fuel capacity of 60 liters. A front-wheel-drive vehicle is a Malaysian SUV.

The car’s exterior is smooth and gorgeous. It is fitted with power, steering, indoor leather, power windows and doors, LCD-Touch Screen, temperature controls, 4-G Wi-Fi, six airbags, ABS, automatic headlights. Traction control and other security features are also introduced. It’s will be released in red and green color. From 21 April 2021, the car is to be assembled locally in Pakistan. This vehicle’s price is still not disclosed.

These cars will be joining the local car market soon in 2021. Whether they retain a competitive market in the region, it might be too soon to say. However, we may expect these cars to change the country’s typical patterns as new vehicles quickly get to the local roads.