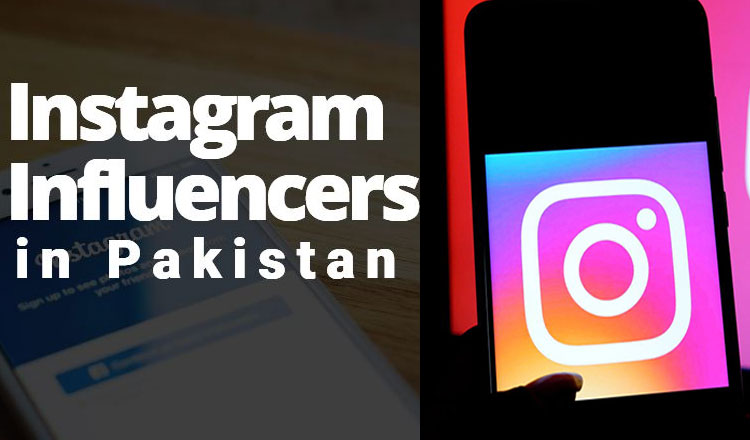 We have seen the exponential rise of social media in the last decade. Social media influencers are individuals whose expertise and talents on a particular subject have built up a reputation. They post regularly on their favorite social media platforms about any of this subject and generate great follow-ups of enthusiastic and committed people who take their perspectives very carefully.  Various influencers can be categorized in different ways. Perhaps one of the most popular approaches is by the number of followers, content styles, and influence levels. The domain in which they work can also be used to target audiences.

In Pakistan, the concept of Instagram influencer has scooped up. Now that gadgets are affordable, and broadband bundles are customized for broader consumption, far more users share their life on the internet. Following are some top Instagram influencers in Pakistan that have a huge fan base and are quite influencing their audience.

If you enjoy being introduced to new stuff, you have to follow Irfan Junejo. Born in Karachi, Pakistan, he’s a Facebook and YouTube content creator who started vlogging to have an opportunity to throw something new every day—and man did he flourish! If you keep up with him on Facebook, Instagram, YouTube, or Twitter, you’ll get something different and exciting to look forward to the most. From tourist guides to different destinations and his dream bike to podcasting tip as well as how to make your iPhone fly, you’ll never be disappointed!

You ought to laugh for a reason? Place your social media joy and laughs on your Instagram, Facebook, and YouTube with the next actor and comedian Faiza Saleem. The lawyer-turned comedian (yes, actually) created the first all-female troupe of Pakistan, Khawatoon, but she’s been noted to appear in the Parchi and Dildaariyaan films. You will be introduced to her humorous, quirky personality, and love of life anywhere you seem to want to follow her.

Ali Gul Pir is among Pakistan’s many influencers who became popular through some kind of viral post. He recorded his song ‘wadeiray ka beta’ and was shared back in the days like wildfire. Ali is now one of Pakistan’s biggest influencers on social media today. Ali has always been at the frontline of his ad development for many brands, such as CarFirst and Ufone, as a person who have many talents. For their various advertisements, Pakistan’s largest brands such as McDonald’s, TUC, and Dolmen collaborated with Ali in social media.

In Pakistani social media influencers, Hira and Hemayal are famous. They are promoters of blogging fashion and lifestyle and have gained the status of celebrity in Pakistan’s influencer culture. The fashion and lifestyle blogging account ‘Herandhem’ are both managed by Hira and her sister. These girls started from the beginning and with their hard work they have achieved fame and recognition in the world of influencers. It is not easy to schedule or reveal content daily but both are examples that pay off consistent content. Even when Hira and Hemayal receive loads of PR mail from small scale to large organizations, their key work is to influence marketing. They also collaborated with several brands such as Kayseria, Foodpanda, and Sapphire, Leisure Club, etc.

We consider it appropriate to title him the renowned artist of Pakistan. With his lovely vlogs and tracks, Mooroo took the entire Social media by storm. He remained in a trance at first, and he produced amazing channel videos. Brands soon began to notice the work of Mooroo and searched for partners. One of the most recognizable alliances of Mooroo with Furor became put on the chart. Mooro also began creating brand ads and is also shooting a BTS video to update his channel regularly.

You need to be living under a rock if you didn’t see one of Junaid’s perfectly blunt (and hilarious) videos already. The guy ‘khalli walli’ is known for his ironic commentary on the country’s current affairs or global pop culture. Junaid is cleverly conscious that his videos incorporate the brand. This is why, through Junaid’s digital channels, brands like Nescafe, Gillette, and Jazz promoted their latest promotions. Junaid has also been working on its special transmissions with several TV channels.

Humna is among Pakistan’s most famous Instagram bloggers. While this Pakistani influencer began blogging full-time, the number of her followers and activities has increased. Humna has her way of life from appearance to lifestyle and modes, which is why her followers love her immensely. Humna works have been with major companies such as Jazz, Sunsilk, Daraz, Warda, Clean n Transparent, BTW Pakistan, etc. A fast peek at this Instagram profile reveals that every Humna post receives approximately 15k+ commitments that make it ideal as brand partners.

Following his hilarious depiction of Pakistani society through video skits in Lolz Studios, the name of Muzamil grew to fame. The team immediately entered into an arrangement with the Pakistan Leisure Club and the brand financed the video’s costumes and other cast members. Muzamil recently got back to Instagram and now he is actively involved in influential promotional activities. The partnership between Muzamil and Daraz, Nokia, Max, and many other brands is also established due to his hard work and decent numbers of followers.

For social media to make it trendy, influencers play a significant role. The unique content encourages the public to remain on the site. In Pakistan, many influencers have several real followers and have inspirational and innovative material. Brands are indeed mindful of the popularity of these Pakistani content designers, which further confirms the importance of these influencers in Pakistan.  Since people nowadays turn to Instagram celebrities to take their buying decision. The public thinks more of social media influencers than conventional public figures.