Mountains are enormous giants that loom over the globe, just waiting to be discovered. Mountains are measured in a variety of ways, the most common of which is altitude. The highest point above sea level is measured by altitude. Because the Earth’s plates, and hence the mountain formations, are continuously moving, mountains are frequently measured more than once over time. Mountains can now be measured using GPS and satellites thanks to modern technology. These mountains are still ranked as the top ten mountains with the greatest altitude in each research.

The Tibetan name “Chomolungma” and the Nepalese name “Sagarmatha” are both given to the world’s tallest mountain. It is located on the border between Nepal and Tibet, a Chinese autonomous province. Each year, the Nepalese and Chinese governments give between 300 and 800 licenses to climb the mountain. The height of the peak has been a source of contention between the two countries throughout history; with China’s previous official measurement putting the mountain almost 13 feet lower than Nepal’s. However, data from surveys conducted in both nations in 2020 placed the 50-60 million-year-old mountain’s current height at 29,031.69 feet, while experts estimate it is still expanding at half a meter each century.

K2 is the world’s second highest peak after Everest, rising 28,251 feet above sea level at the Pakistan-China border. 5 Though it is not as high as Everest, mountaineers consider K2 to be a more challenging climb since it has fewer fixed ropes and paths, more unpredictable weather, and a steeper ascent. As a result, just 367 individuals had climbed K2 as of 2018 (compared to 4,000 for Everest). In 2021, a party of ten Nepali climbers was the first to reach the peak during the most dangerous season, winter.

Kanchenjunga, India’s highest peak and the world’s third tallest mountain at 28,169 feet, attracts just 20-25 climbers each year. This portion of the Himalayas also borders eastern Nepal, and the region is home to over 2,000 blooming plants, 252 bird species, and a handful of Nepal’s most endangered animals, including the snow leopard and red panda. Nepal protects Kanchenjunga through the Kanchenjunga Conservation Area Project, which provides sustainable community development, wildlife monitoring, and natural resource management for the district’s 122,072 residents.

Lhotse is located on the Nepal-Tibet border and is little under 2 miles away from Everest, however just 575 climbers scaled the 27,940-foot summit between 1955 and 2019. Michael Horst, an American guide, became the first person to climb both Everest and Lhotse in the same day in 2011. As Mount Everest continues to be overcrowded, the route to Lhotse has grown in popularity since it is less congested, less costly, and follows the same path as Everest for the first part of the climb. Climbers were unable to summit Lhotse in 2014, 2015, and 2016 due to a series of mishaps, avalanches, and earthquakes.

Makalu, a pyramid-shaped peak in the Himalayan Nepalese-Tibetan border, rises 27,838 feet to the southeast of Mount Everest. 9 Makalu’s lonely, four-sided summit, with its jagged edges and exposed location to the weather, is one of the world’s most challenging mountains to climb. As a result, only five of the first 16 climbing efforts were successful, and just 206 ascents have been completed too far. Carina Ahlqvist, a Swedish adventurer, conducted a climb to increase climate change awareness in support of the European Space Agency’s Climate Change Initiative in 2018. A group of scientists gathered data to research rockfalls and landslides, as well as surveying the glacier at the mountain’s foot to learn more about the region’s climatic history.

Cho Oyu, at 26,906 feet in the Himalayas, is commonly regarded as one of the world’s fourteen 8,000-meter peaks (26,247 ft.), due to its northern face and mild slope. With the exception of Mt. Everest, it boasts a 63.4 percent success rate, with almost 4,000 climbers and guides reaching the summit to date the greatest number of all the eight-thousands. Climbers often utilize this peak as a warm-up for Everest or to observe how their bodies respond to being at such a high altitude. That isn’t to imply that climbing this enormous mountain isn’t perilous; at least 52 people have died on Cho Oyu since 1952.

This snow-capped peak in Nepal’s west-central region is the country’s biggest fully inside its borders. It’s on the western side of the Kali Gandaki River canyon, which is thought to be the world’s deepest sub aerial valley, with numerous glacier-covered peaks rising over 25,000 feet. Since 1953, there have been approximately 550 successful ascents of Dhaulagiri I, the highest mountain in the Himalayas at 26,795 feet. Dhaulagiri’s peak, like Everest’s, is made up of limestone and dolomite rock strata that formed at the ocean’s bottom hundreds of millions of years ago and were forced up by tremendous tectonic forces.

Before its first ascent in 1953, 26 individuals perished attempting to reach the top of Nanga Parbat, earning it the moniker “Killer Mountain” (a feat completed by Austrian climber Hermann Buhl, who performed the climb without the use of supplementary oxygen). At least 339 successful summits and 69 deaths have occurred on the 26,660-foot peak in Pakistan, giving it a fatality rate more than six times that of Everest. Geologists are drawn to Nanga Parbat because it is the fastest-growing mountain on the planet, increasing at a rate of 7 millimeters (0.275 inches) each year. Scientists believe this is due to erosion, which decreases the mountain range’s weight and speeds up the tectonic process underneath it. 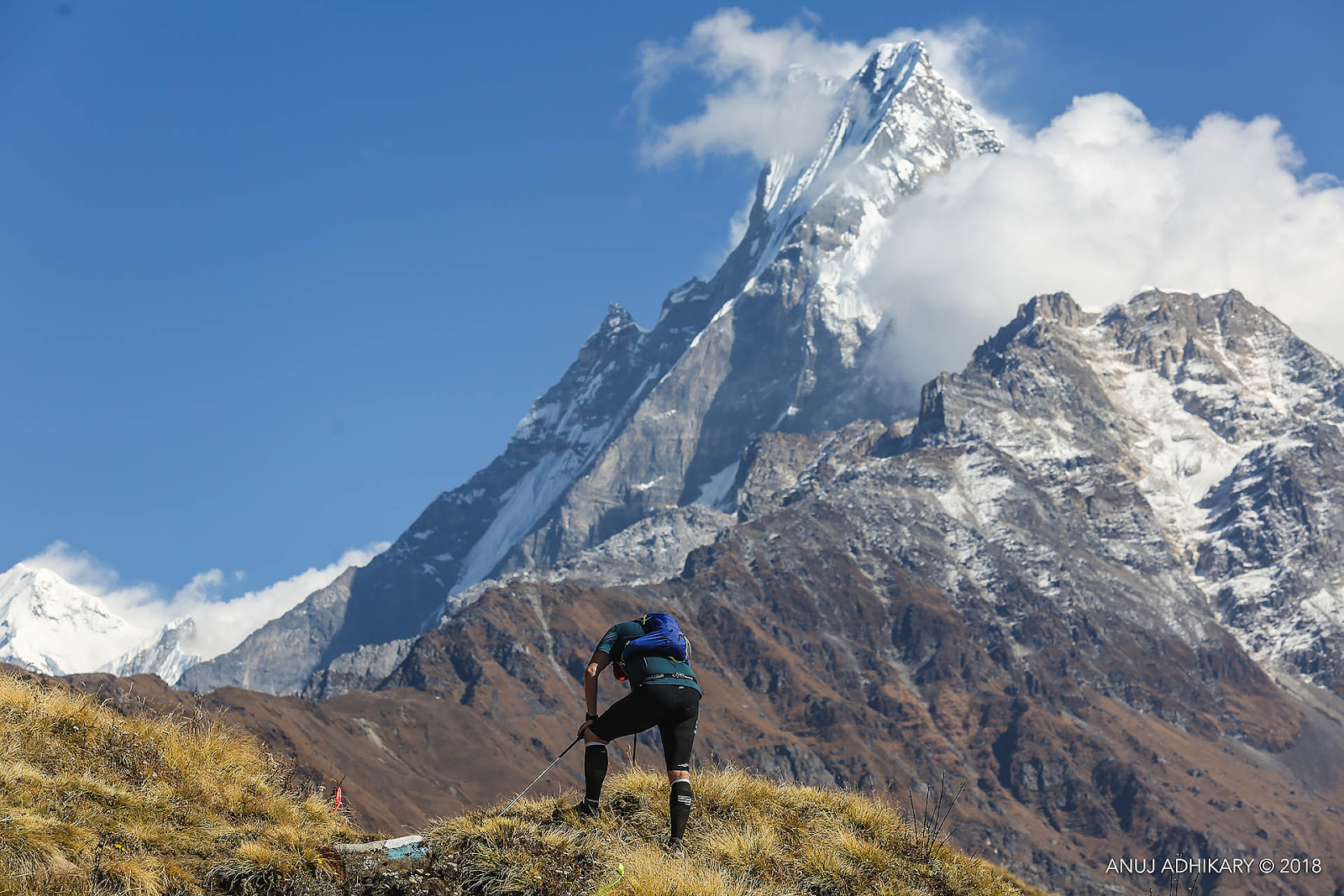 Annapurna is the world’s most dangerous peak, located on the other side of Dhaulagiri, across the Kali River canyon in Nepal. Maurice Herzog and Louis Lachenal were the first to reach the summit in 1950, suffering their toes and fingers to frostbite as a result; another successful ascent wasn’t made for another 20 years. Although it is just the tenth tallest on the list at 26,545 feet, it has the greatest mortality to peak ratio (38 percent). The Annapurna Conservation Area, which stretches all the way to the mountain’s top, is Nepal’s largest protected area at 2,946 square miles.