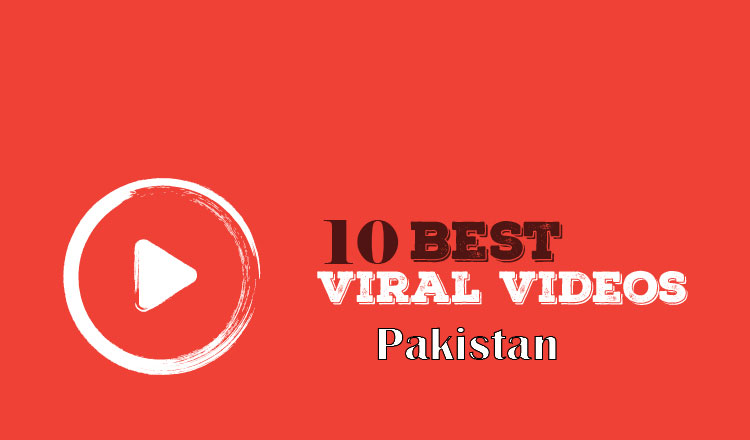 For Pakistan, 2019 and 2020 were wonderful years. Last year so much took place and social media actively participated in making interesting trends viral. Social media play a key role in entertainment and appreciation. It also provides people with a platform to talk about their views openly. As social media is accessible to everyone, it symbolizes the public’s true feelings. Trends and videos are made viral by such viewing public. Most often these topics are more mainstream than severe matters, which people discuss comically. There are also some trends or videos that individuals like. This sentimental value tends to add to the interest of people up in a particular matter. Certain trends and videos were extremely entertaining this year. Some events were recorded and the focus was unpredictably placed. Quite often the persons participating were from the mainstream public, but after all these glimpses they became famous. Here are a few of Pakistan’s top trends, memories and video clips from last year.

Last year began with an ISPR video, which subsequently became popular. Nobody expected this creation to transform into an entirely different moment when Indian Commanding Officer Abhinandan Verthaman was seized by the Pakistani military. When the investigator interviewed Indian Wing Commander Abhinandan Verthaman how his tea was, he replied, “Thank you very much for your fantastic tea.” This fantastic cup of tea last year became much more trendy.

Sarim Akhtar was just a supporter in the crowd of Pakistanis who saw a game of cricket when the player missed an impactful catch. Just like every other fan he showed his frustration, but that moment was being recorded by camera. Everybody else affirmed that those expressions and speech reflected the feeling of all Pakistani fans at that particular time. Sarim Akhtar was a famous person instantly. The Memes began flowing. He was approached by broadcasts and famous people.

Another fan of cricket Momin Saqib was deceptive and spoke most sentimentally when the reporters asked him how he felt after Pakistan was severely lost to India. Momin Saqib grumpily faulted the burger for the team’s loss, following some pictures of Pakistani cricket team members who visited a viral restaurant in the midnight. And though he was on the brink of crying, social media users yet again made viral memes from his emotional reaction. People liked his genuine and heartfelt feelings to a whole new level because they could easily relate to them. He was just another character who became famous overnight after his viewpoint was viral. And to this point, his reaction is used as a funny answer to many serious situations as well. And his time of being a social media’s viral trend is yet not over.

The video went viral instantaneously when Yasir Hussain proposed to Iqra Aziz at the 2019 Lux Style Awards. The public display of affection of Yasir Hussain was instantly the topic of attention. After that, people took full  advantage by showing how they felt about it. His proposal was criticized by many as well. But the main part of it remained as a source of memes and entertainment for Pakistani public.

Mrs. Khan was talking to the city for all the wrong purposes when, following her marriage, she expressed her opinions about the position of a woman in her family. From one of the television shows, she used the dehumanizing tone for women. Everything she said impressed those people who felt that her opinions were socially conservative, but many people were also strongly opposed to her. This also gave people cause to have fun with Mrs. Khan, and she was imported to the memes.

Again when Pakistan lost an even worse match during the World Cup from India, people had elevated prejudices. Pakistan was underprivileged, on one hand, and team captain Sarfraz Ahmed was spotted in Yawning while India was fighting on the field, on the other. The camera caught this point in time, and it went virally unlike anything else. Pakistani fans were very frustrated, some of them took note of what he did on the ground. The video was somewhat humorous too, as it perfectly showed the team’s underwhelming behavior. Even afterwards, Sarfraz Ahmed had to explain his position. However, it was a bit late as he already was top on trend. His video was used to humor the whole Pakistani team in an ironic way.

Since it started filming Mere Pass Tum Ho has continued to trend on twitter. The drama in Facebook and Twitter was the most frequently spoke out about. Every week, people talk about it in various ways, some like it and some not, like any other play which has an unprecedented popularity. This is also one of those dramas that have inspired people to create more memories. However, what made it to the list of viral videos is its dialogue “do takey ki larki” . As soon this dialogue was spoken by Humaiyon Saeed, it gained undeniable popularity among Pakistani people. The trend was subsequently taken to social media’s most famous app “Tiktok”  as well where hundreds of people made videos on this dialogue.

Khalil-ur-Rehman Qamar, the author of Mere Pass Tum Ho, made a number of remarks that were very rude and unnecessary  during one of his interview session. While having a discussion about women and men being the same, he appointed women to rape men if they had been perfectly equal. His assumptions were mainstream and later several people evaluated the dialogue, on the basis of his comments, in the drama Mere Pass Tum Ho.

Ahmed Shah, last year when the video made by his teacher was posted, the internet celebrity attracted a great attention. In so many Ramadan special shows Ahmed Shah was the star last year. He was invited to other ted talk shows as well. His chachoo made one of the videos in which he spontaneously uttered “peechay dekho peechay” after seeing a rooster. In Pakistan and across the border, this line has also been viral. This line is main reason of him being successful.

The globe seems to be in a party feeling or “pawri” attitude can be said. It’s about few weeks since 19-year-old Dananeerr Mobeen posted with the nation her ‘pawri ho rahi hai’ clip. The footage has become iconic and trends on Twitter rankings. Folks from all over the globe have inaugurated a meme festival and come up with their very own ‘pawri ho rahi hai’ editions. Dananeerr is seen somewhere around the mountains in the video and said “Ye humari car hai. Yeh hum hai aur ye humari party ho rai hai,” in a humorous  manner, probably trolling ‘burger kids’ of Islamabad. However, this video spread like a wild fire and now everyone around world is presenting their own version of this viral video.