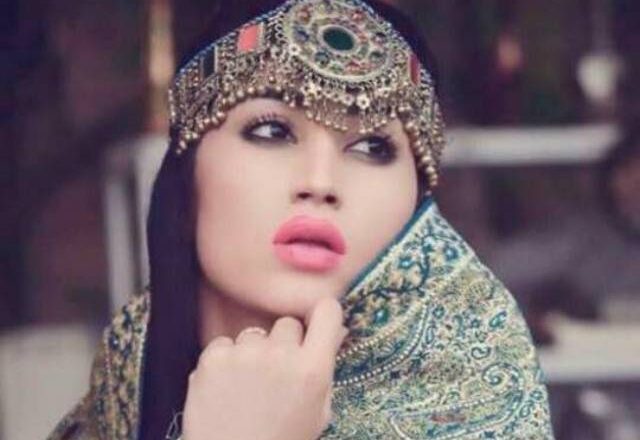 Fauzia Azeem, the real name of Qandeel Baloch was murdered on July 16th, 2016 by her brother on the name of honour killing. Qandeel was a famous model, feminist activist, actress and well-renowned celebrity. The 26 years old model was popular for posting sexy videos and bold statements on social media. Qandeel, who got popularity because of her bold selfies and videos among her fans. She herself played a great role in becoming famous among people by using different social media podiums. She has a huge list of followers on social channels like Facebook, YouTube and Instagram. In her recent interview before her death, Qandeel said:

“Nothing is good in this society. This Patriarchal society is bad.”

“No matter how many times I will be pushed down under… I am a fighter, I will bounce back.“

Another famous statement, Qandeel posted on her Facebook Official page was:

“Qandeel Baloch, a motivation for ladies who are badly treated by men… this is true that you will keep on hating, but who cares?”

Qandeel earned a lot of popularity in Pakistan in 2014. In the start of July, her music video with Aryan Khan in which she performed bold acting also got Ban in Pakistan.Before her death; a man named Ashiq Hussain claimed that he was the ex-husband of Qandeel. He also said that they had a son after a year of their marriage, but Qandeel left her because she always dream to live a luxury life. However, she said that she was forced to do that marriage by her parents. She was never willing to marry with this man.

Qandeel was getting continuous threats from her brother to stop posting her pictures and videos on Facebook and other social media platforms. According to Regional Police Officer Sultan Azam:

“Qandeel was getting threats from her brother to stop posting her bold pictures on social media. She also requested for security but nobody give it an ear. And, she killed by her brother over honour.”

No doubt, Pakistan is a country where thousands of girls lost their lives on the name of honour killing. In fact, it become a plague that is spoiling the life of many innocent girls. Qandeel’s brother killed her sister and fled after that. Before her death, various TV channels reported that she was shot by her brother, but later media has confirmed that she strangled to death at her residence in the Multan city. Police also added that she went to Multan for a week to meet her parents where she lost her life by the hands of her brother. According to her mother statement:

“Qandeel came to visit her sick father and to spend Eid with her family. However, late night when she went in her room to sleep, he strangled her.”

There was no other mark of torture on the body of Qandeel. City Police Officer told media that they will arrest the killer soon. A trained police team is searching for the killer in Dera Ghazi Khan.

Discount offers and Upcoming Sales on Brands in Pakistan

Markbes - Discount offers and Upcoming Sales on Brands in Pakistan