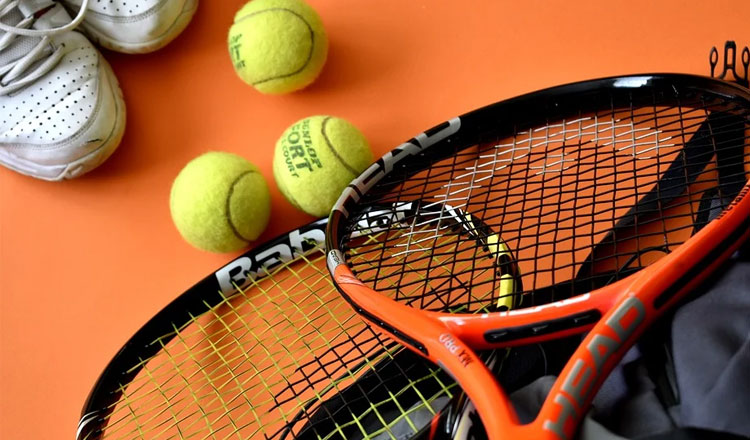 Tennis is among the biggest and most popular sports. The player uses a racket in tennis to strike the opposing team’ court on a ball over a net. The ball must continue in play and can bounce on the court only once until the opponent has to hit the ball on the net. The standard ball consists of a hollow rubber felt. Tennis is more often played on one side (singles) or two side players (doubles). Tennis has encountered numerous changes since the start of this sport. There are now 4 major Grand Slam tournaments, with many minor tournaments played throughout the year, rather than just one major Grass tournament. The rackets have also significantly altered. They were made of wood and then moved to metals like graphite, titanium, carbon, steel, etc. Latest racquets give a very different impression than the original wood. The rackets allow players to increase the power of shots and to manage the gentler shots like drop shots with less weight inside of the racket. Tennis is a popular game played by both men and women. According to their performance, they are further ranked. Given below is the list of top ranked male and female tennis players. 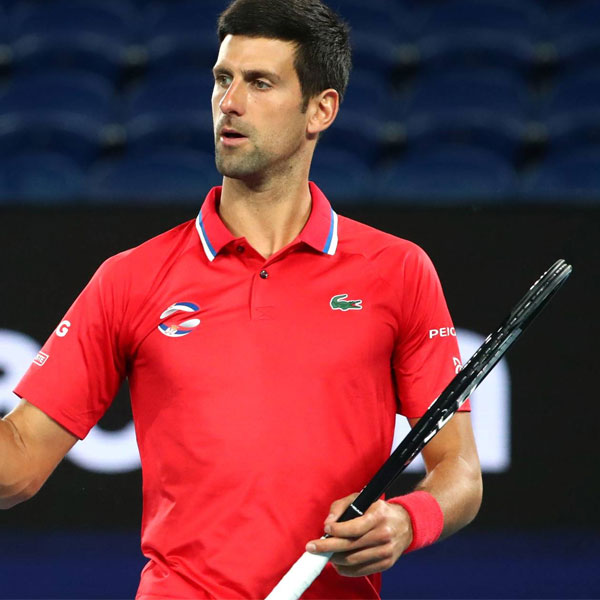 Novak Djokovic is currently number one player on the Men’s ranking 2021. Djokovic is widely regarded as the world ‘s finest player. He has no noticeable vulnerabilities and is a fierce counterpuncher with equal skill in most crucial aspects of tennis. Djokovic’s forehand is accurate and he can both strike flat and spin, and therefore he uses it to carefully establish points for him. Nevertheless, his backhand is his best-known wing. Djokovic has transformed his backhand to a game-changer with a short back-swing and a half-closed position. His backhand cross course frequently dives deep and penetrates through his court, and his backhand down-the-line can change any interplay in seconds. Maybe the position of Djokovic can be questioned in Greatest players, however, what can never be doubted is him being the most prevalent male player of decade. Throughout this span, he has won at least 2 slams during four separate years. Moreover, he has qualified  as the No. 1 tennis player in 4 distinct years. Djokovic is among only five men who finished the Grand Slam career during the Open Era and among the only one of two men who held all 4 Slams in a parallel way. 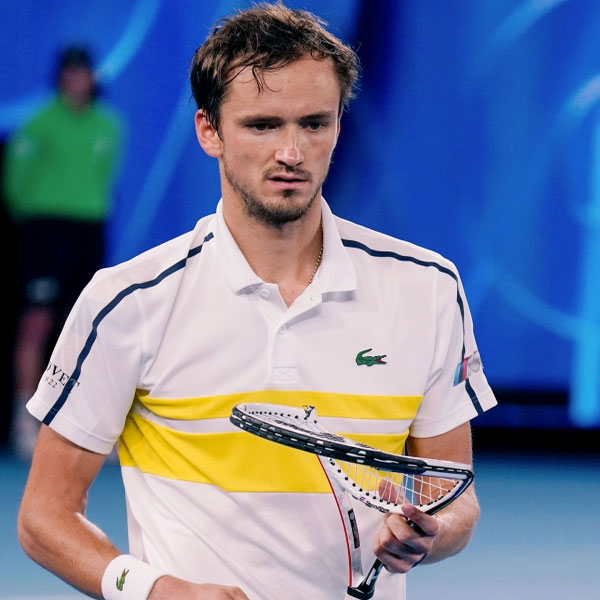 Over the past two decades, professional men tennis has been influenced by Novak Djokovic, Roger Federer and Rafael Nadal in terms of history. Now, another player decided to join this desirable team. When this year’s rankings were released, Daniil Medvedev won a No. 2 place in the ATP rankings. This potentially means Medvedev is the very first person to retain any of the top two in the rankings since 2005 apart from Djokovic, Federer, Nadal and Andy Murray. The Russian tennis player was previously ranked no 3 in the ATP rankings before winning the Open 13 tournament in France that displayed the 10th title of his career. Medvedev never succeeded in winning a Grand Slam, however he managed to reach finals twice. In the Australian Open Final in February he was lost by Djokovic and in the US Open Final 2019 by Nadal.

Rafael Nadal is the finest tennis master of singles ever seen and among the excellent players in the world. He is widely known as the King of Clay.  17 Grand Slams in his name make Nadal the second largest Slam leader other than Roger Federer. Evidently, however, Nadal won 11 French Open titles, making him by far the most talented player ever in singles career. Nadal’s forehand is his biggest strength and most famous shot that gives his opponents anxiety and nightmares. As he is a left handed player, the players with right hand shots face it hard to handle shots from Nadal. The foot speed and coverage of Nadal is ranked among the best in the sport’s history. 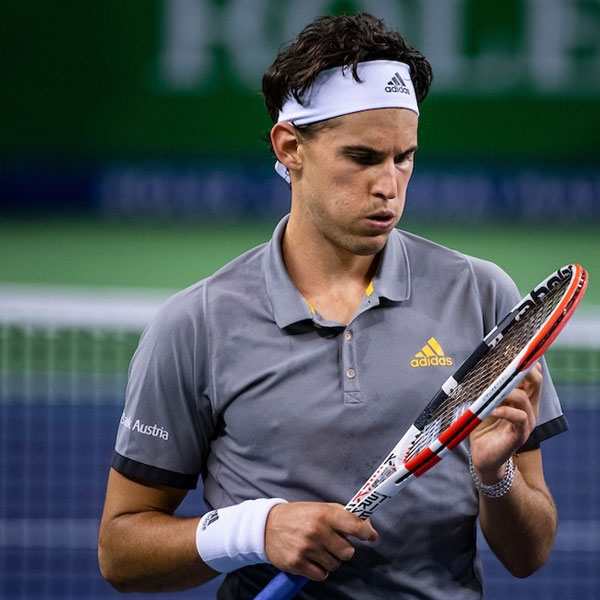 Dominic Thiem is an Austrian tennis player renowned for his enormous and unpredictable playing style. Despite being very young, Thiem is already a dominant force for clay and will outperform the French Open once Rafael Nadal has retired. The power and foot speed of Thiem is his two biggest strengths because he is able to outshine the majority of the players worldwide. Both his forehand and his backhand are incredibly forward, and can lead the opponent out of court. 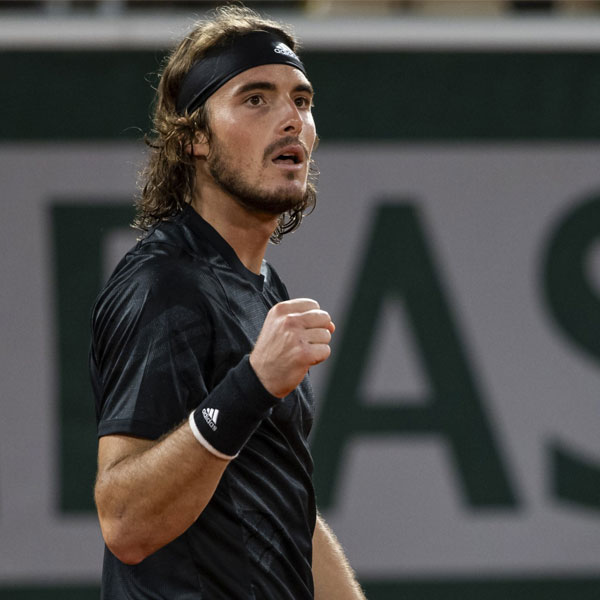 Tsitsipas is the one of the youngest player who is ranked among top 10 players in ATP ranking. This Greek player is mainly known for his strong groundstrokes and combative baseline play. His most famous shot is his one-handed backhand that is quite rare in the contemporary tennis era. In August2019, Tsitsipas top rating for ATP was at fifth place and currently he is at the same spot. Tsitsipas’s  major achievement was in the ATP Finals 2019 when he won the tournament. He also won the Next Gen ATP Finals in 2018 initially.

Ashleigh Barty is an Australian tennis player recognized for a throwback style, full of rounds, slices, lobs and smart shots. Barty is also renowned for her athletic adaptability, who for a few years had also switched shortly to professional cricket. Considered she is considered is finest hope of Australia in winning Grand Slam in both singles and Doubles. Moreover, she has already brought home a women’s double title in 2018 US open. Barty’s style of playing is rather old school, consisting of an equal number of defenses and offenses. She doesn’t strike the ball as hard as her opponents , particularly on her backhand, however she uses pace and spin variations to disturb her opposition. Her sense of court is her biggest strength. She’s well aware of her opponents and plays with a strategy, giving her opponents sweats. 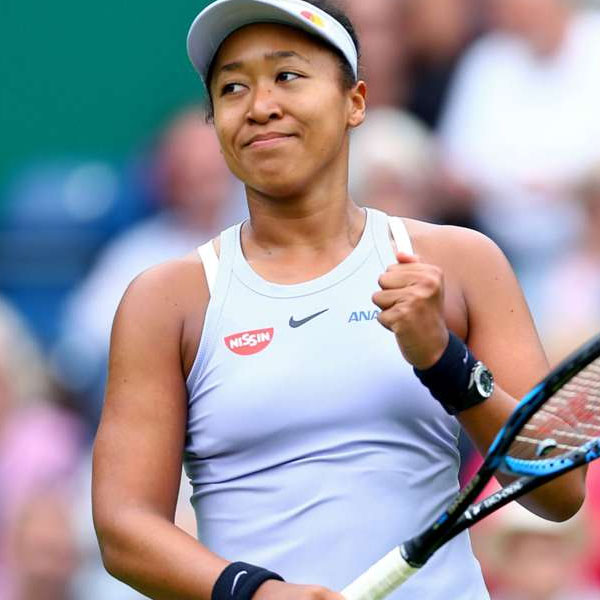 Naomi Osaka is a Japanese tennis player who made a huge name for herself with winning the 2018 US Open followed by a new win at the 2019 Australian Open. Osaka is a combative counterpuncher who knows how to take time away from her opponents and strike the ball. Osaka’s play focuses on her serving, which she uses in any opportunity to shift the strategy. She also utilizes her forehand as a tool to fight the rallies by striking deep, hard forehands. Osaka has one of the world ‘s finest services, often receiving a bunch of free points from aces or service winners. She also has a very good return and even when extended widely she can strike forcefully on it. 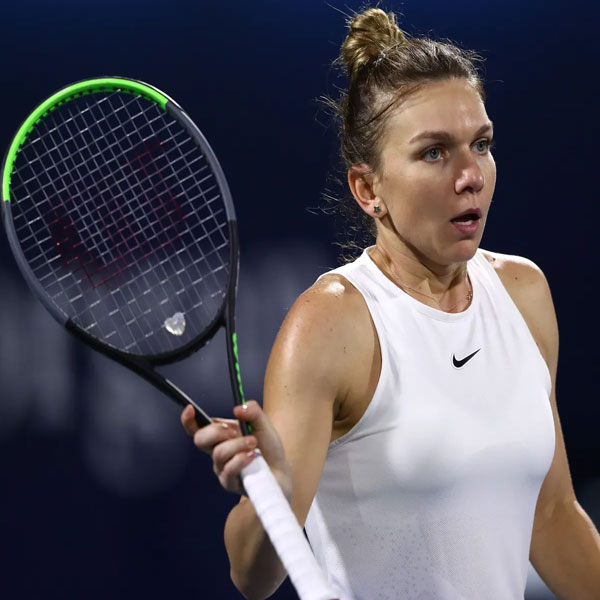 Halep is often characterized as a fierce opposing player that uses the motion and racquet head speed in order to turn rallies for her. Her game is not service-centered but Halep focuses on her comeback to neutralize the points, and move the ball with skillful touches around the court. She has a multidimensional backhand, which she hits both across and down the line in equal credibility and her forehand is very effective on clay. She has many top spins. Halep does not approach the net very much, but when the need emerges, she can counter attack capably. 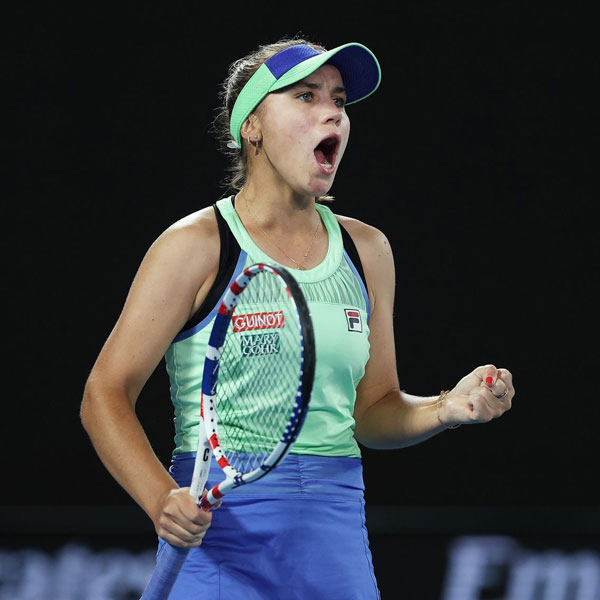 At the age of 5, the American tennis player Sofia Kenin started playing tennis. Her father, who already used to play the sport in his spare time, motivated Kenin. Kenin has won five WTA titles, while the Australian Open 2020 was a turning point for her. She managed to defeat Ashleigh Barty in semifinals of Australian open and defeated twice major title holder Garbine Muguruza in finals. She had been number seven in the globe and was the number one American to outperform American legend Serena Williams. Kenin has received 4th spot as her highest rank and to this day is on number four in world ranking.

Elina Svitolina is a tennis player from Ukraine who used her consistent playing and efficient groundbreaking to become a major force on the female tour. The first female Ukrainian ever to enter the top 10 in the WTA rankings, athletics and combat qualities of Svitolina has been praised in all directions. In the years to come, she could also end up making a profound impulse on the Grand Slams and be an ongoing competitor for top players. Svitolina’s both wings are well balanced and she can hit her back as comfortably as she is in her forehand. However, she seldom sniffs over the net and is glad to move the ball backwards. The movement and coherence of Svitolina are her main strengths. At the core, she is very steady and is able to locate more balls than many of her contemporaries. She is good at predicting the position the service will take. This is useful as the majority of her points can be neutralized and positioned quickly.